A beautiful Victorian Church, on the banks of the River Severn, St. Peter's is the Christian focus in this beautiful village. 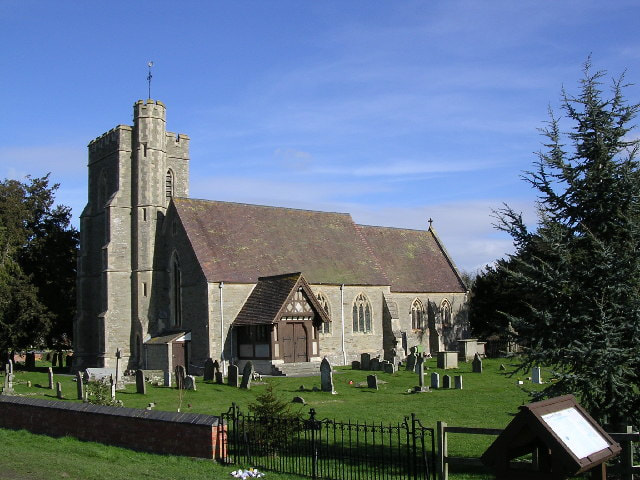 The church is open daily for private prayer and has access for disabled people.

There are also weekly services:

1st Sunday of the month: 5:00 pm Evening Worship
(Family Service 11:00am when able to recommence)

The church, a Grade II* listed building, standing just yards from the banks of the River Severn, was designed by the well-known church architect Henry Woodyer, who was also responsible for the design of nearby Highnam Village Church (although the two churches are quite different in character).
​Little of the old Minsterworth church is now in evidence but the new church retains features from its predecessor such as the 15th century stone font, a finely carved Jacobean pulpit and a panel of ancient embroidery reputedly associated with Queen Catherine of Aragon. Also preserved in the church are a number of memorials to leading Minsterworth families of the 18th and 19th centuries and the churchyard has old gravestones and several fine table-top tombs also from those times. 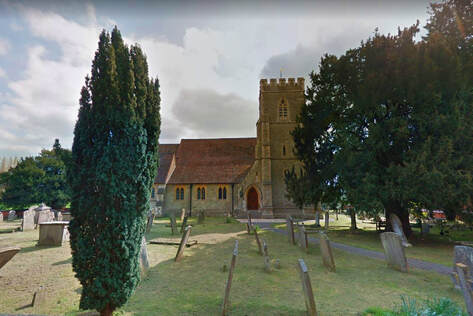 Minsterworth was anciently called "Mortune" and consists of a chancel, a nave of four bats, a north aisle, a south porch and an embattled western tower containing 6 bells.
​
The church’s dedication to St Peter has not always been so. In the 15th century it was described as the church of St. George and around 1790 the Gloucestershire historian Ralph Bigland referred to it as being dedicated to St. Mary.
St Peter's is the prime spot from which to watch the famed Severn Bore - and they will provide you with coffee and biscuits while you are there.  They have a useful car park opposite the church, toilet facilities and an access lift to enter the church.

Forest of Dean poet FW Harvey is commemorated by a stained glass window virtually overlooking his grave in St Peter’s Church, Minsterworth.
The window, designed by stained glass artist Graham Dowding, was commissioned by The F.W. Harvey Society.
Harvey, dubbed the ‘laureate of Gloucestershire’, was a prisoner of war in Germany during the First World War. 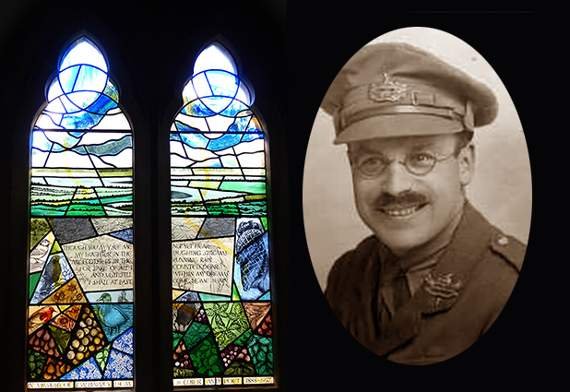 During this time he wrote some of his most enduring work, including Ducks - voted one of the nation’s 100 favourite poems in 1996 in a nationwide poll conducted by the BBC.
The F.W. Harvey Society was founded in 2010 to celebrate the memory of Will Harvey who grew up in Minsterworth and spent his last 30 years until 1957, in Yorkley.
Harvey has also been commemorated by a slate memorial tablet in the south transept of Gloucester Cathedral in 1980 and by the naming of a Harvey’s Lane in Yorkley.
St. Peter's Graveyard Project
Return to 'Minsterworth Village' Home