A project by Minsterworth villagers to record the graves and commemorative stones in St. Peter's churchyard, Minsterworth. 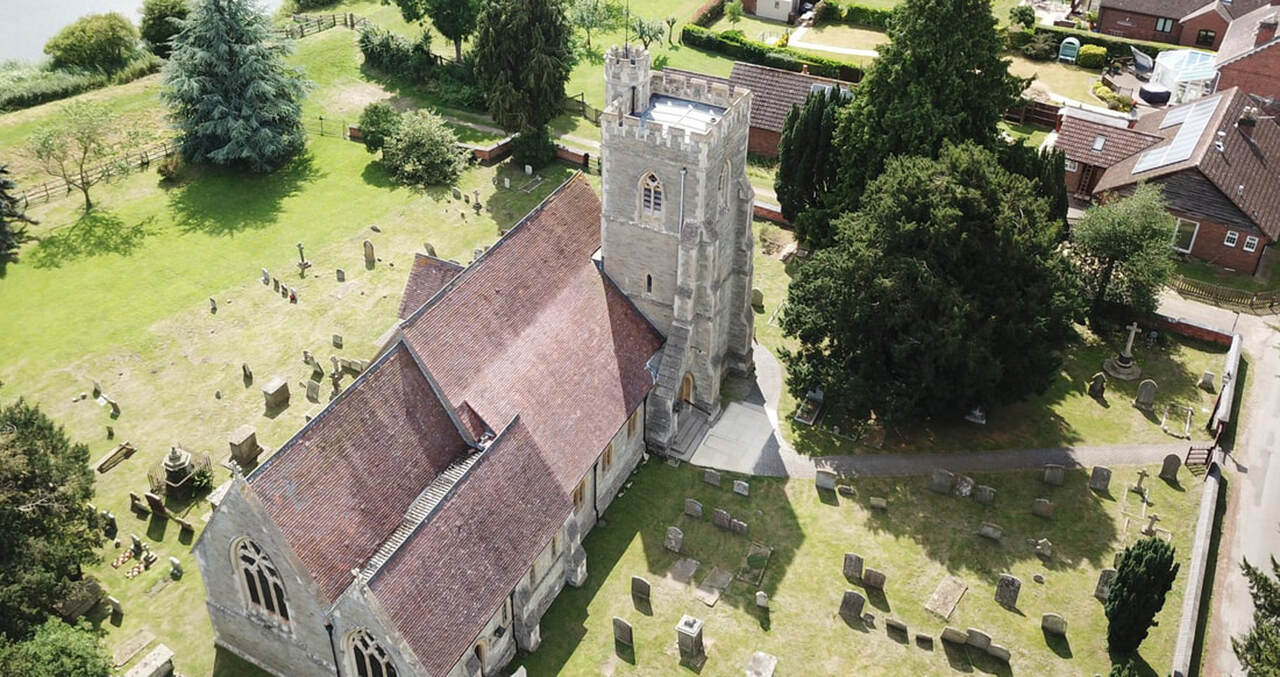 A new survey is being carried out of the churchyard to map and identify the burial plots in St. Peter's Church, Minsterworth.

Led by the village's renowned historian, Terry Moore-Scott, and great support from members of the village community, the project team has been established to record the current condition of the graves and augment the record with names, dates, the survey work of Fulbrook-Leggatt who completed a chart and names listing in August 1954.

​In this survey, Fullbrook-Leggatt recorded the positions and a primary name for each plot. What was not listed at that time were the names, dates and relationships of others who were buried in the same plots. Since the initial survey, the churchyard has been extended to within a few yards of the River Severn's flood defence abutments, and a large number of new graves in that area of the churchyard have to be recorded. The processed results of this work will be listed in spreadsheet form using the zone designator letters used by Fulbrook-Leggatt in his original survey (A to F), with the churchyard extension area being a new zone G.

The volunteer researchers have extensively surveyed the remains of gravestones and memorial stones to establish the history of each plot.
​
The site, using Fulbrook-Leggatt's zoning system will be re-created in a large format chart, to be displayed in the church, allowing relatives and historians to discover where ancestors and people of note, were laid to rest.
A larger version of the above image can be downloaded using the file
"original_full_plan_-_no_zone_g.jpg" below.
(Zone G layout to be added soon.)

​In the downloadable MS Excel spreadsheet listing below (all_zones_as_of_mar_2022.xlxs), the new survey results are currently being listed, initially in spreadsheet form. These are being updated regularly as the survey continues.
​​
As of 26th August 2022 - new names and gravestone details have been added.

Download File
In this section, these files show plans of the zones, according to Fullbrook-Leggatt's records.
The new Zone G with more recent burials will be added soon:
Please download the images below to your computer to view each zone

Download File
​This project will be further extended with images and descriptions of stones as the work progresses.
​Here, the image of the gravestone of William Little, who died in 1699,
is believed to be the oldest surviving (and legible) headstone in the churchyard: 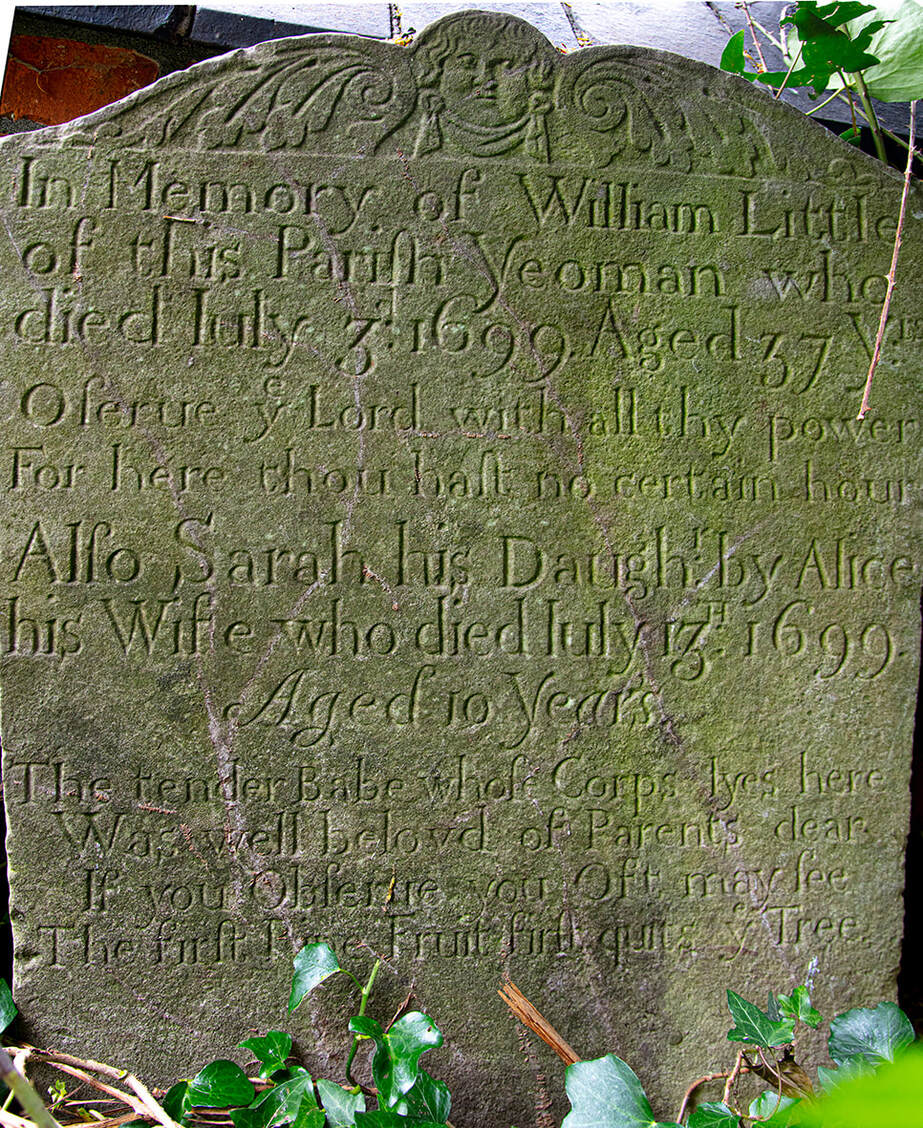 By using on-line programmes such as "Ancestry" it is possible to research a family tree.
​Here is a brief example of research into William Little's tree: 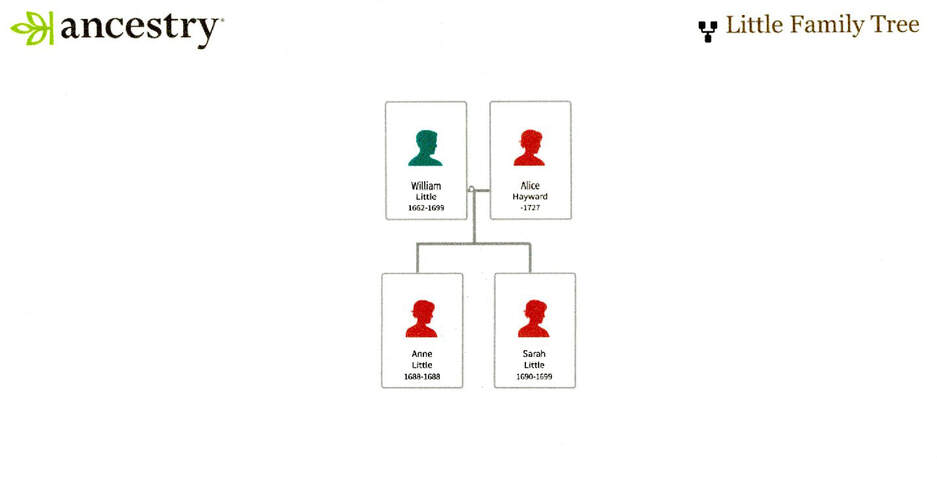