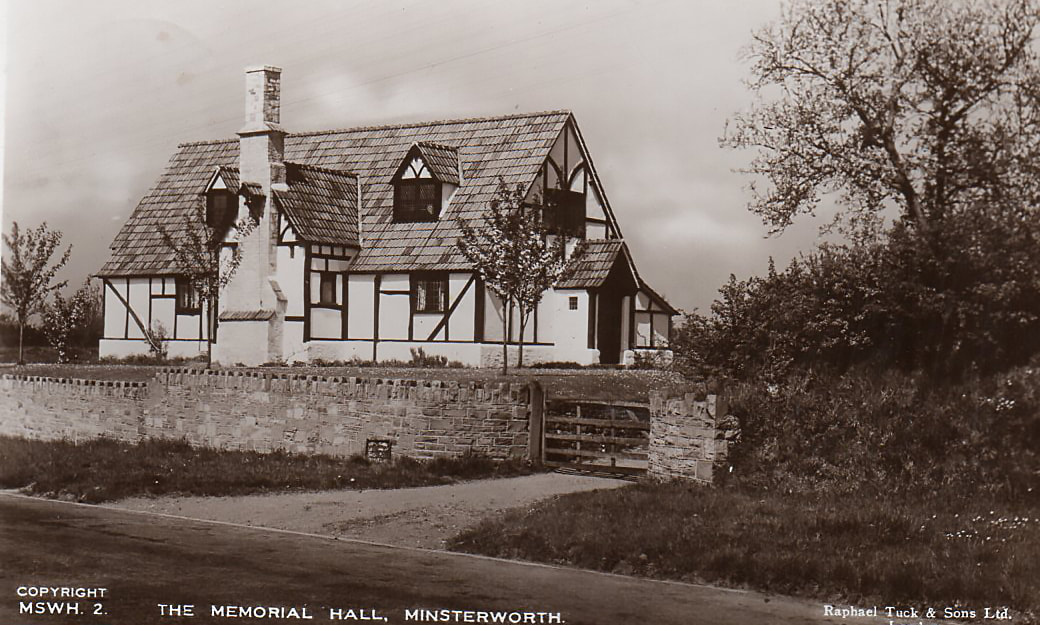 The Hall was built over the period from 1921 to 1928 on land gifted by the Vyner-Ellis family.
​The official opening of the new Village Hall (“Memorial Hall”) was on November 29th 1928, by the Duchess of Beaufort.
​1948: Until mains water was installed in the village, water supplies had to be hauled from Minsterworth Court by the River Severn and stored in a tank! 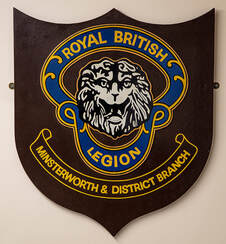 1957: The first Legion room was built with voluntary labour. The legal agreement of March 1958 was made between Trustees of the hall and the British Legion enabling the Legion’s use “in perpetuity” of the Legion room.
​
1968: A Gloucestershire Community Council grant enabled the provision of a carpark and the lowering of the hall ceiling to conserve heat.

1979: Cracks in the British Legion room led to a decision to extend this room and to be combined with the kitchen, forming the current structure.

1981: The first ‘ON’ licence was granted and a bar was permanently installed in the corner of the British Legion room.

1982: The hall was registered as a charity with the Charities Commission. 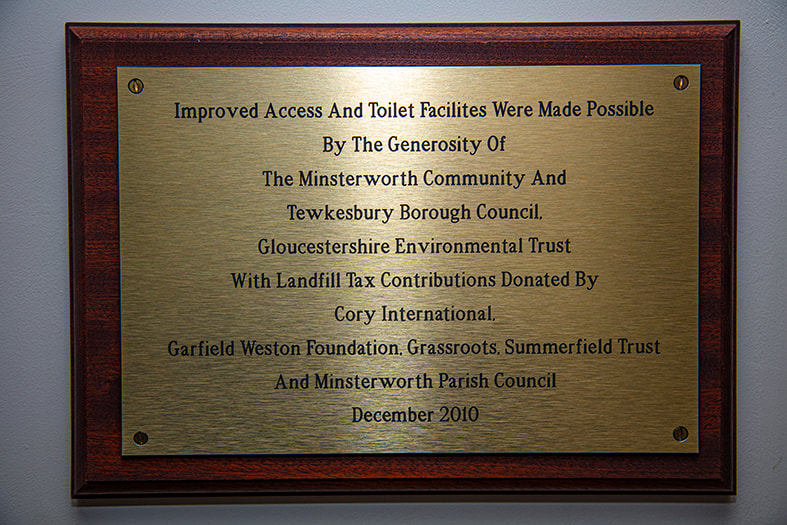 1988: Completely new toilet and cloakroom facilities replaced the toilet blocks off the hall near to the front door (the original toilets used to be under the stage!) The cost of all these changes were met from the hall’s finances and, where necessary, by loans raised from within the village.
1988: The Diamond jubilee of the hall was celebrated in November. Involved were residents aged from 2 to 80 years and people who had lived there 60 years ago. They witnessed the unveiling of a brass plaque by Felicity Karger. A special cake was made by Mrs. Jean East and decorated with a picture of the village hall. Felicity was presented with flowers by Cristabel Mortimer. The event was marked by a village supper, a display of old photos and the dress worn by Cristabel at the first opening. 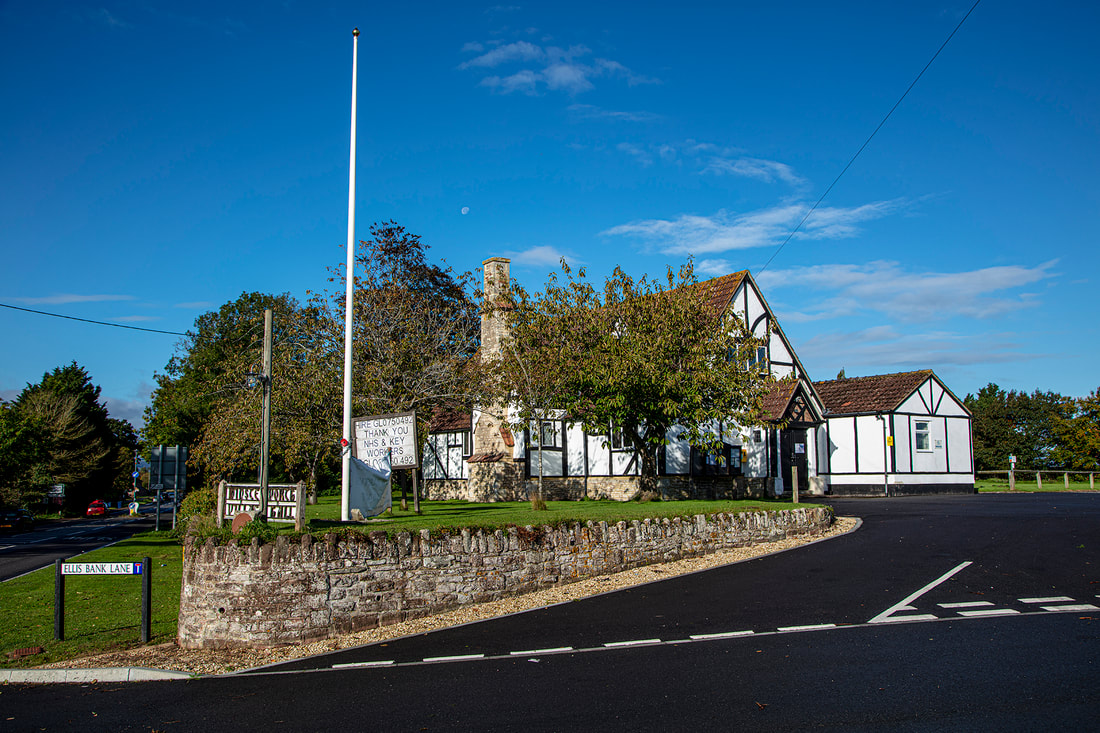 1996: The village hall flagpole was inaugurated (funded out of money remaining after the 50th anniversary celebrations.) 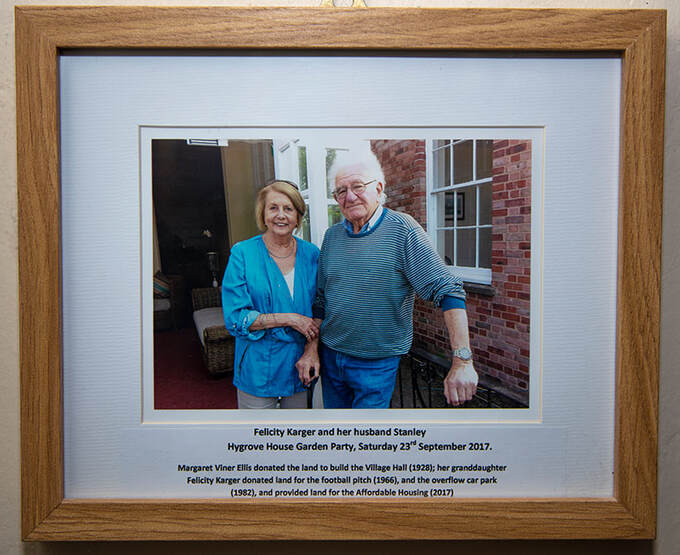 1998: A deed of a gift between the Karger family and the Trustees was made, granting land for a new car parking area.
Recently - 2019: The hall Trustees were delighted to welcome HRH Princess Anne to the hall as part of the Affordable Housing opening in Ellis Bank Lane. She enjoyed some time visiting and chatting with members of the committee, hearing about the history of  Minsterworth and viewing the recently refurbished kitchen.
2019 - 2020 and beyond: Work is under way with a programme to refurbish the structure of the building which has suffered neglect over recent years. Rotting woodwork and damp have taken their toll. Traditional methods using oak timbers and lime plastering have helped retain the integrity of the hall for years to come. Our thanks to Dave Coward and his team (Kim, Mark and Richard) for the sympathetic restoration work they have carried out. However, maintenance will always be needed! ​ 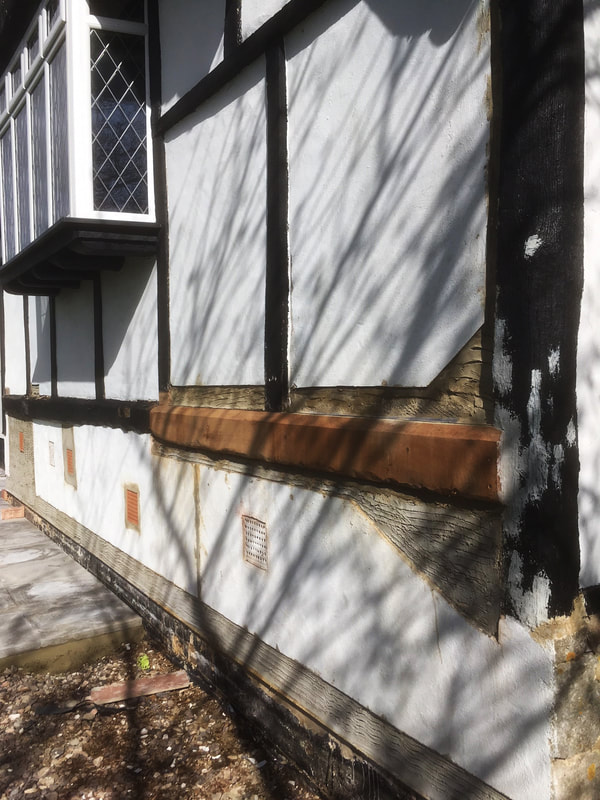 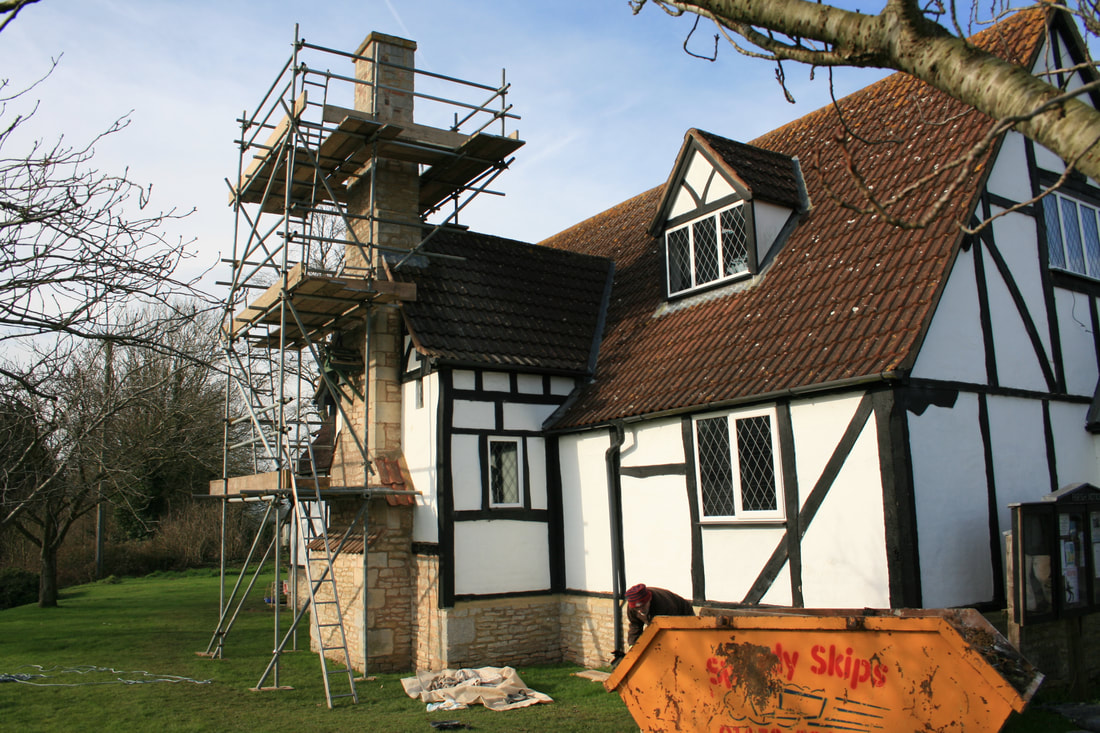 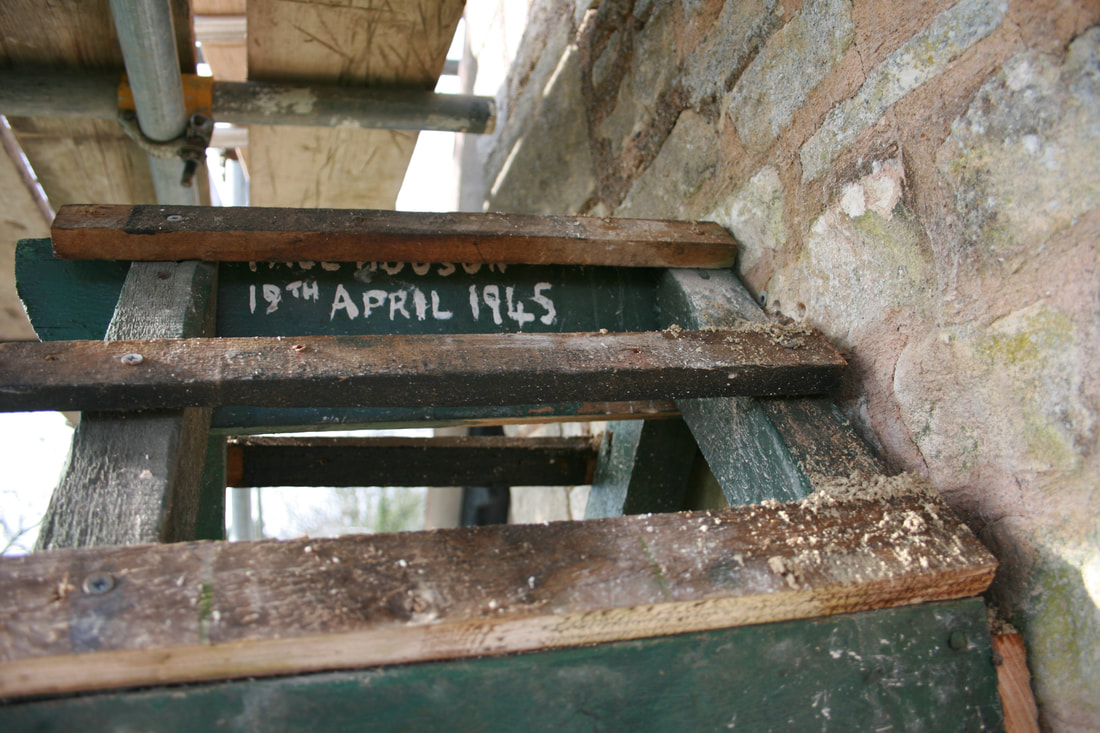 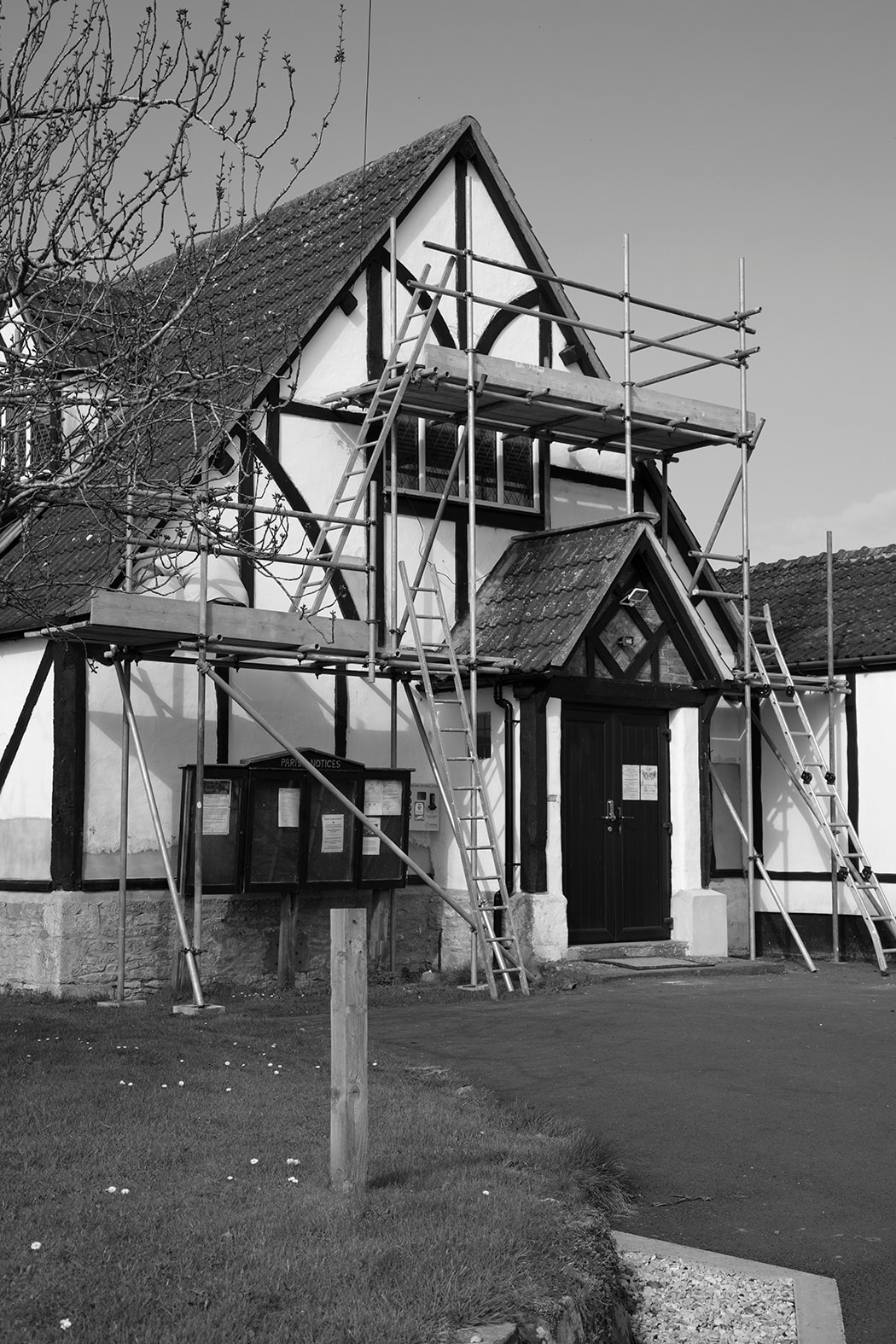 Following replacement of old timbers and new rendering, it's time for the hall to have a new coat of paint. 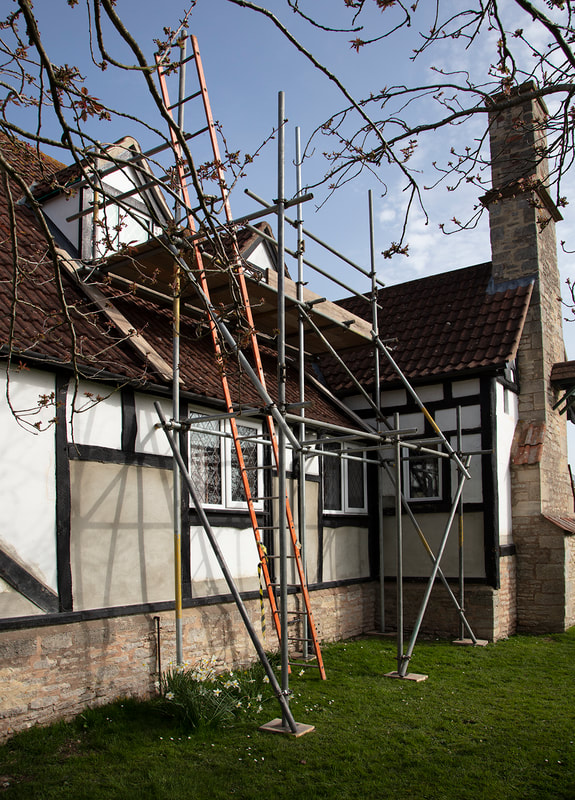 Work was completed in June 2021, with additional decoration of the interior of the hall among other new features for the hall.