WHY THE NAME MINSTERWORTH?
Many place names in this part of England, because of its proximity to Wales, have ancient British or Welsh origins, typical examples being Maisemore (from the Welsh maes mawr (great field)) and Gloucester (from the Welsh caer gloyw (bright place)).
The name Minsterworth though firmly comes from the later Anglo Saxon period, the name being a composite of minster or monastery and the Old English word meaning an enclosed settlement.
In Minsterworth’s case, the minster was St Peter’s abbey in Gloucester whose abbot in feudal times held the manorial estate here.
According to expert authorities, the name first appears in the 11th century, around 1030, i.e. before the Norman Conquest, when Gloucestershire was effectively Anglo Saxon territory. It is not unusual for place names to appear in a variety of forms and spellings over the centuries and Minsterworth is no exception: Minstrewrd, Munstreworthe, Munestrew(o)rth , Menstrewrd(a) and Mynstreworth, are just some of the spellings recorded between the 11th and 17th centuries.
(Terry Moore Scott - 2003)
More Historic Articles
As part of our forthcoming Centenary, ​Click here to view the image of the celebration in the 80s!
​Are you in the picture? 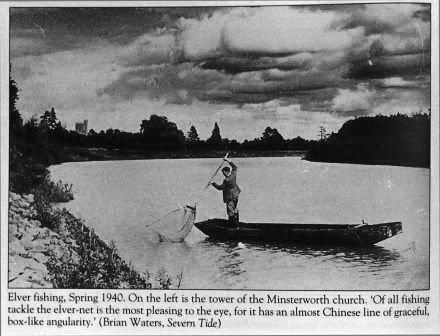 Every year in early Spring, great shoals of elvers came up the river on the tide and were caught by their thousands in home-made nets. In this tranquil scene, photographed in 1940, Minsterworth church tower can just be seen on the left.
The village has a long history, being mentioned in the Domesday Book and at one stage being held by the rebellious baron Simon de Montfort. Its economy used to be heavily involved with salmon-fishing in the Severn, as illustrated by a carving in the local church of three salmon caught in a fishing net. Fishing for elvers (eels) remains an important activity. The local church, St Peter's, lies right next to the river, with three ancient yews in the churchyard. (From here, there are excellent views of the famous Severn Bore.) The church was rebuilt by Henry Woodyer (who had earlier worked on the church in the nearby village of Highnam) in 1870 after constant flooding from the river, but contains many older features such as a fifteenth-century baptismal font, a Jacobean pulpit and part of a fourteenth-century cope. 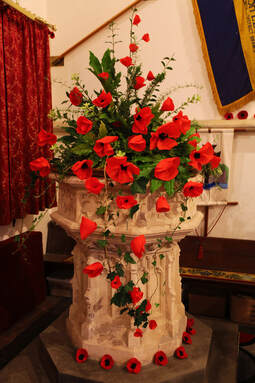 The older part of the village lies along a series of lower roads, running between the A48 and the river. These meandering roads pass many of the older buildings of Minsterworth, set in delightful surroundings. Towards the church-end of these pleasant streets, there is evidence of a mediaeval footpath that was laid to help church-goers avoid flood water.

In 1928, a new road was opened to improve access from the main road to the Wesleyan chapel at Calcotts Green. Here we see Mrs Vyner-Ellis in her car inaugurating the route which is now the drive-way to Chapel House.​ 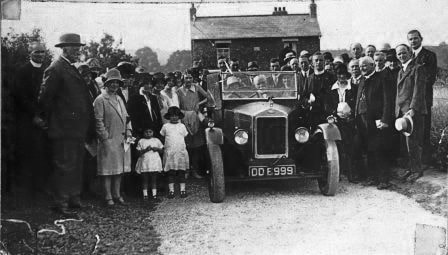 ​In Minsterworth, autumn harvesting of apples (which even today are destined for local cider making) was often a family affair, as this highly picturesque scene from the early 1900s shows. 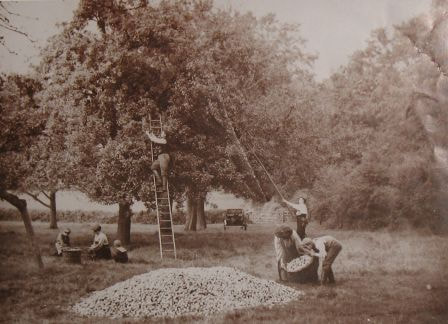 Note in particular the man on the right using the traditional long “lug” pole to shake down the fruit and, in the background, the unhitched pony trap that transported the family to and from the orchard.
Minsterworth is a prime viewing point for the famous Severn Bore; a tidal feature that causes waves to force their way upstream, caused by the narrowing of the channel all the way from the Severn Estuary. More details of times and dates and the height of the bore can be viewed by clicking the button below.
For more information about our village, there are 3 books available written by our historian, Terry Moore-Scott. These can be found on Amazon.co.uk or through email to us at minsterworthvh@gmail.com 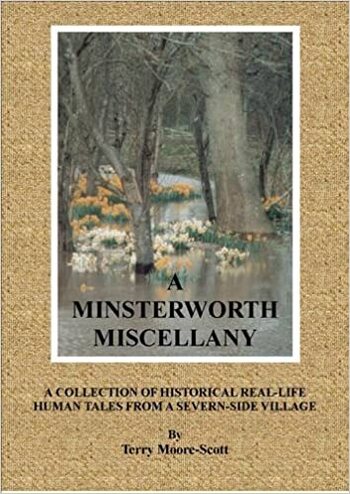 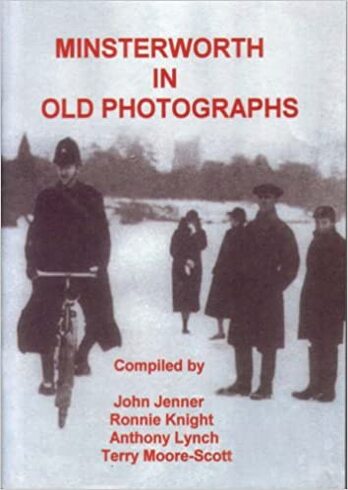 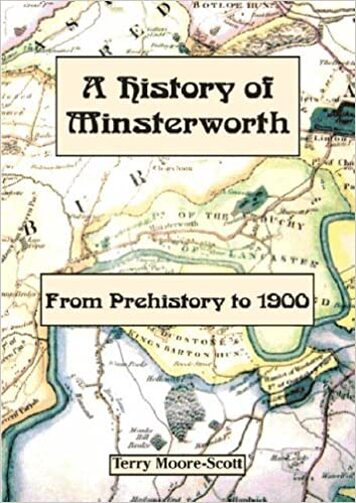